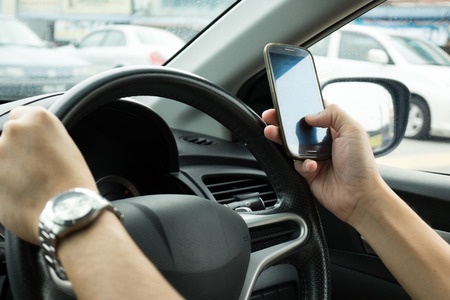 In today’s world, despite the technological advances that make our cars safer, we as drivers are more distracted than ever. The reason for attention being pulled away from the road is because of our phones and one recent study showed how dangerous the diversion they create can be.

The Second Strategic Highway Research Program Naturalistic Driving Study, or the SHRP 2 DNS, was funded by the U.S. Congress to find out what the most common reasons were for accidents and traffic jams. In the study, more than 3,500 drivers allowed the study’s researchers to place small cameras, sensors and radar units in their cars to track their activity. During that time, more than 1,600 of the participants were involved in some time of occurrence, ranging from a near-miss accident to scraping their car on the curb to full-on collisions.

Based on all the data gathered, researchers from Virginia Tech Transportation Institute took a look at the incidents that resulted in injury or property damage and analyzed the drivers speed, sobriety, fatigue and distractions. From what they saw in the six seconds of pre-crash footage was that more than 68 percent of the 905 injurious and property-damage crashes resulted from a blatant distraction, such as those distractions that come from our phones.

While conducting their research, they also found that drivers were engaging in distracting activities such as texting or dialing their phone more than 50 percent of the time they were driving. These activities increased the crash risk for drivers, making their level of risk more than twice that of a person driving in an alert and observant state.

The researchers also surprisingly discovered that driving while crying, sad, angry or agitated can increase crash risk by more than 980 percent, so try to avoid driving if you find yourself in one of these emotional states as it could be incredibly detrimental to not only yourself, but also other drivers.

Of course, even the most attentive and careful drivers can be involved in an accident that can cause damage to your engine, transaxle or transmission. The experts at Builders Transmission are standing by to provide automotive repairs and maintenance services for customers in Broken Arrow and across northeastern Oklahoma. For more information or to request a service appointment, call us today at 918-251-1792.