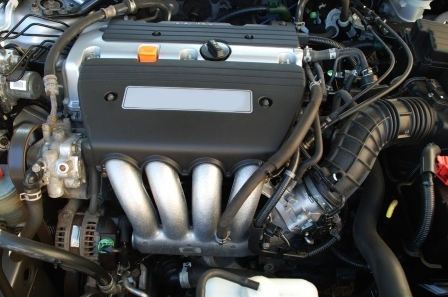 Cars have become so reliable in the past few years that it can be easy to forget about routine maintenance. The problem with skipping this maintenance, though, is that you may end up stranded at the worst possible time. Maintenance failures can also lead to more expensive repairs that could have been avoided by preventatively maintaining the vehicle. Belts and hoses are two things that should be routinely inspected by a qualified mechanic to avoid inconvenient and expensive breakdowns.

The cooling system in your car relies on a series of hoses to carry engine coolant between the engine, the radiator (for cooling), and the heater core (to provide heat in the passenger compartment). Coolant hoses often last for several years, even the lifetime of the car in some cases, but it is important to have them inspected and replaced as needed. Hoses are under constant pressure and subjected to high temperatures, so they should be replaced every few years. Coolant hoses include radiator hoses, heater hoses and bypass hoses.

Timing belts are harder to inspect and easy to forget about because they are out of sight. Timing belts allow the crankshaft and camshaft to turn at the same time. As timing belts age, they may stretch or crack and begin to slip. A slipping timing belt will affect the engine timing, resulting in the valves opening at the wrong time. This can result in decreased performance and even engine damage if left untreated. A timing belt that breaks will stop the engine from running altogether, but may also cause considerable damage to the engine when it fails. It is recommended to replace timing belts on a schedule to avoid an expensive belt failure.

The team at Builders Transmission has been proudly serving the community for 50 years, and we know vehicles, hoses and belts inside out. To learn more or to schedule a preventative maintenance appointment to have the belts and hoses inspected on your car, call us today at 918-251-1792.